PILAR, Bataan – Experiencing the Philippine history and seeing the battle ground of the Filipino veterans during the World War II is now more compelling and exciting in Mt. Samat Shrine of Valor with the introduction of the augmented reality technology in its Underground Museum.

The Mt. Samat Flagship Tourism Enterprise Zone (FTEZ), in partnership with the Eastmart Reality Innovators and the Philippine Veterans Affairs Office (PVAO), is set to launch on 30 October 2019 the first phase of the Augmented Reality (AR) feature of the Shrine of Valor – Underground Museum.

The first phase of the AR project will include the use of computer-generated content and animation overlaid on the museum exhibit. The animation will provide facts and information about the World War II. Merchandises and memorabilia with quick response (QR) codes for holographic displays will also be presented during the event.

By scanning museum QR codes using Eastmart tablets and phones installed with AR mobile app, tourists can view animations and short videos excerpts from the World War II studies. The Eastmart tablets can be rented by tourists before they enter the museum.

Tourists can also buy AR keychain cards for only Php50 pesos, which comes with mobile app and QR codes for animated holographic display. The AR souvenirs that will be sold for very affordable price also include printed and e-copies of photo booth, mugs, totebags, and dri-fit and cotton shirts.

The AR project was completed through system developer Eastmart Reality Innovators. It will be operated by PVAO in partnership with the Mt. Samat FTEZ.

“It is our goal to spark new interest to the historical shrine by adding new ‘experiential attraction’. Employing AR will result to a compelling visitor experience, and will create more emotionallyengaged and inspired viewers and tourists,” Eastmart President Charina Quiwa said.

Mt. Samat FTEZ Administrator Francis Theodore Initorio said that the first phase of the AR project is the jump off point for the series of developments in the Underground Museum, adding that the exhibit will also have a new curatorial design.

“The AR project aims to encourage tourists – Filipinos or foreigners – to appreciate the Philippine history and the acts of courage of our heroes during the World War II,” said Administrator Initorio.

“We are glad to present to the public this new development, which is the start of the integration of new technology in the Mt. Samat Museum. The project will have four phases, including the introduction of new museum curatorial design and content, and virtual reality technology. We are looking forward to the new integrated features of the Shrine Site,” Administrator Initorio stressed. 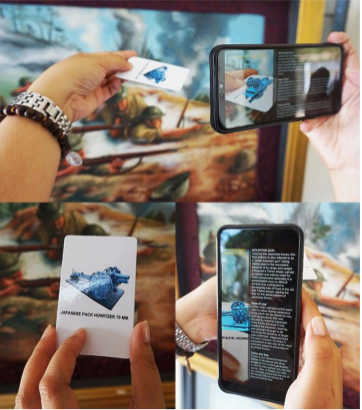 Sample of the AR card souvenirs

The last phase, on the other hand, will introduce a virtual reality (VR) experience. The VR technology will have role playing games, which will be incorporated in various facilities of the Shrine Site. Visitors can follow historical timelines depending on the roles they choose to play in the VR system.

“These efforts and projects are also for our veterans. We hope to encourage the people to be patriotic as we show them the bravery of our veterans during the war through actual video footage in the AR displays and merchandise,” said Administrator Initorio.

Meanwhile, the AR project of the Mt. Samat FTEZ and Tourism Infrastructure and Enterprise Zone Authority (TIEZA) is also in line with the vision of the Department of Tourism to further boost the country’s tourism, especially the historical sites, by integrating augmented reality features in museums and destinations.

The Mt. Samat Shrine of Valor has been declared as a Flagship Tourism Enterprise Zone through the inter-agency partnership of the TIEZA, PVAO, Provincial Government of Bataan and Municipality of Pilar. The declaration is part of the initiative to make the heritage site the premier historical tourism hub in the country. 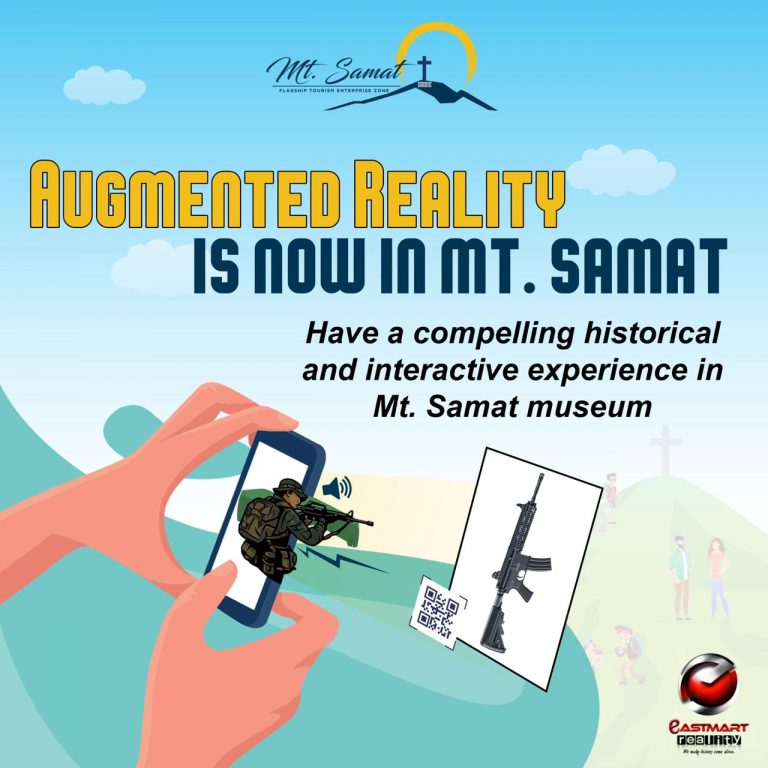